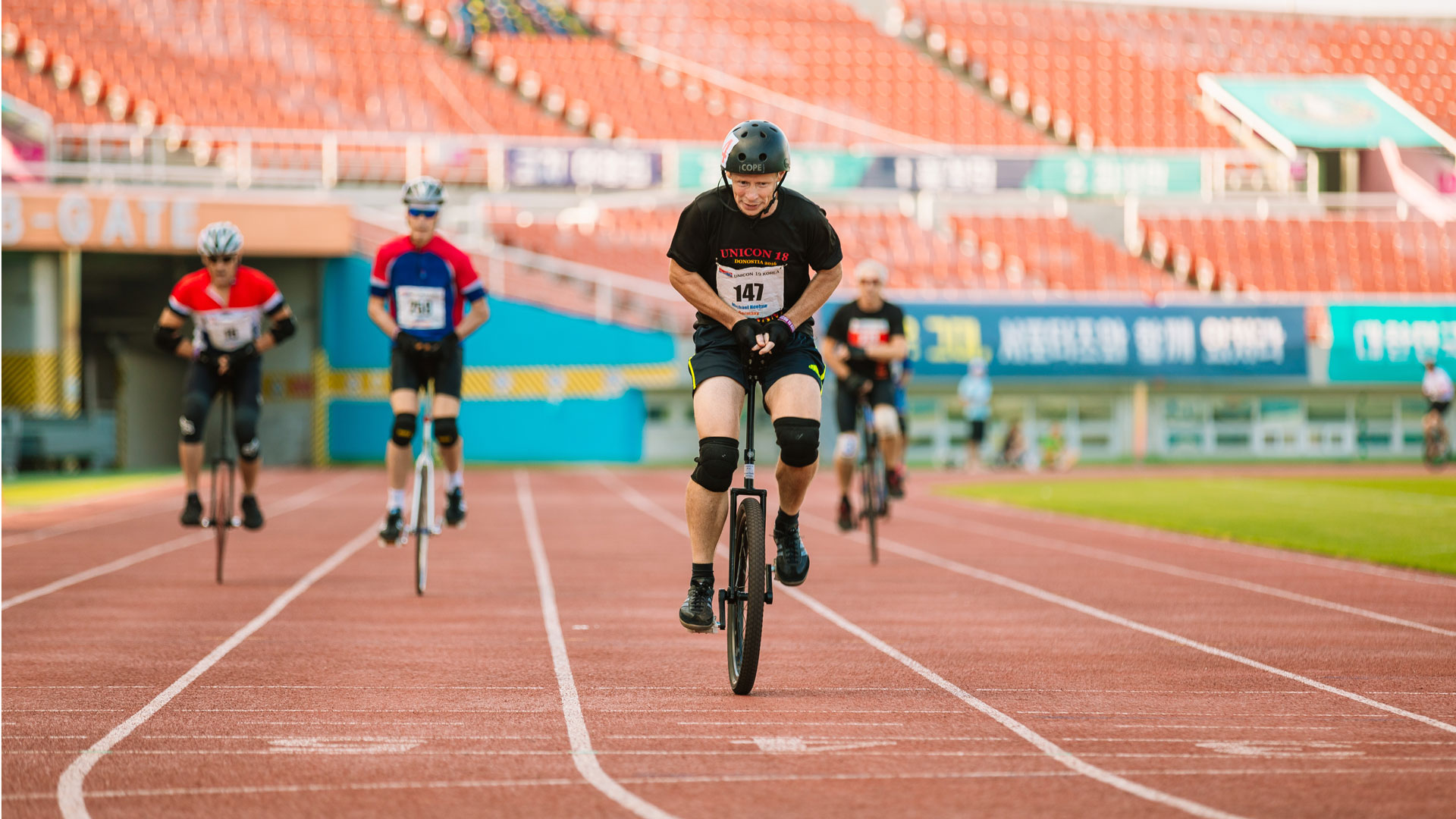 The relay-races were scheduled for 8 am today. When we came to the stadium at about half past seven, the finals of IUF-Slalom of the men were just taking place. The finals of the women were already finished, most probably. When the men had completed both of their two attempts, there were discrepancies because of the timing. The finals were annulled and were to be repeated on one of the next days. We didn’t completely understand the problem, especially as the times were somehow plausible. But the anger of all involved could not be missed. Let us hope, that the rainfalls, that have been predicted for the coming few days, won’t do any more harm than the technical difficulties already did.

The first relay-heat was started at 9 am. Jette rode together with Anna Schubert, Lisa Schubert and Lena Vocke in the first heat of 15+. We don’t know their time, yet.

With Rail Race, a fun event was next. On an unused track not far from the stadium, the aim was to ride as far as possible with the Unicycle on a rail. The maximum was 50m. If you managed to do that, your time was another factor. Henriette tried to do that and even got a result with 5.01m, a centimetre further than the needed distance. Three Unicyclists had managed to ride the whole 50m in the morning. We’ll see, how many there will be in the end.

Today, there was the possibility to collect a medal directly at the awards ceremony. Michael got his silver medal for 800m, Jette hers for the IUF-Slalom.

Afterwards, the race of 400m took place at 5 pm, where Michael competed. With 1:11.783, he was second behind Andreas Rodler. The Results of the girls U15 were fascinating to us. The winner had a time of under a minute, eight young Japaneses stayed under 1:05. Respect!