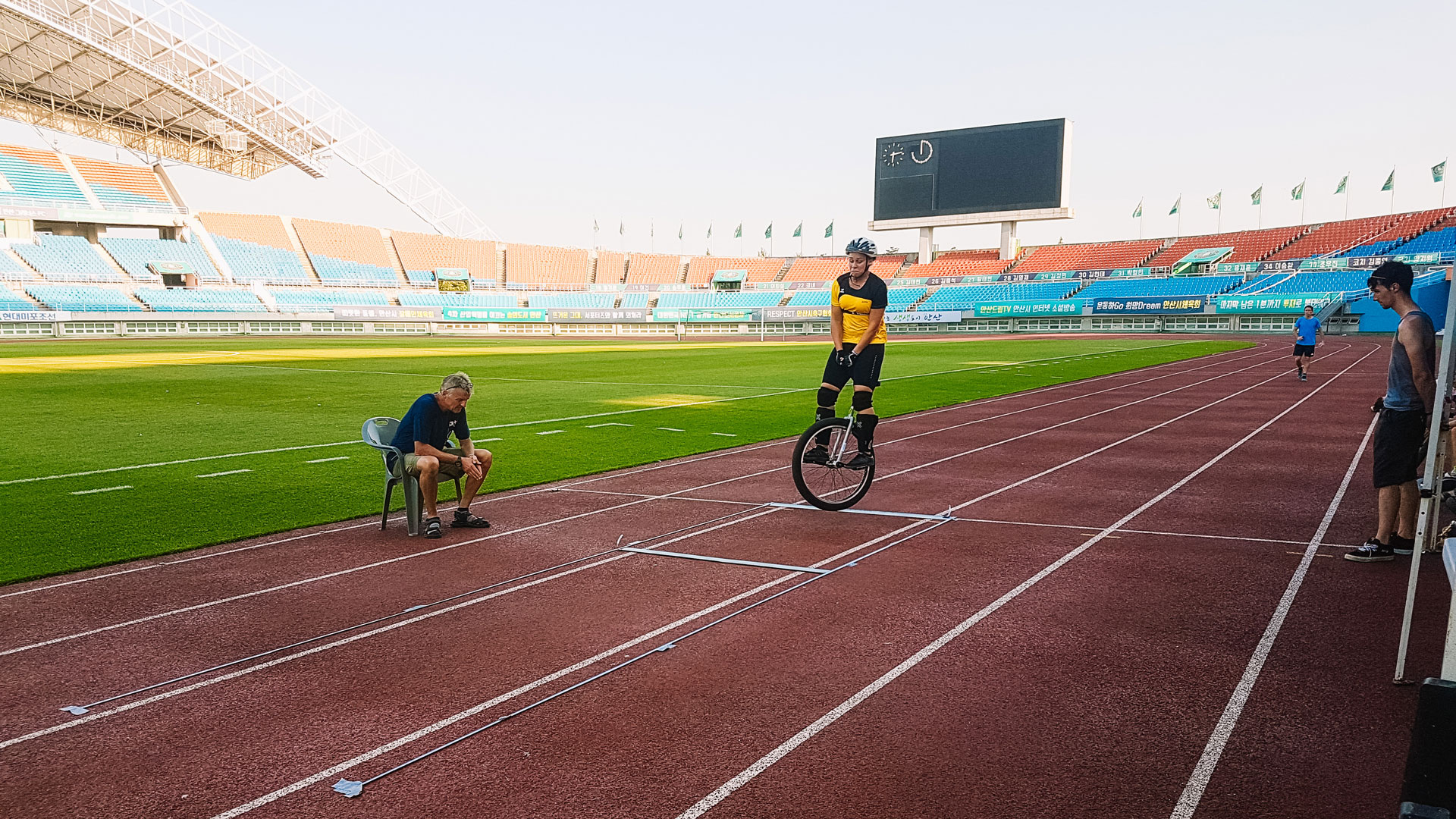 1st of August – Henriette is World Champion in Long Jump

That’s nothing we could have reckoned with! With 2nd place – maybe, but not with the win of the finals. The odds-on favourite didn’t get started that good today and with that, opened Henriette the chance to get her first title of world champion. The winning distance was 2.45m. She only barely missed 2.50m. The finale was held at 5pm, it was still hot in the stadium, but the jumps facility wasn’t in the sun anymore – an indisputable advantage compared to the prelims on the day before.

Henriette added a 4th place in the adjoining high jump finale. At 54cm, she had the same height as French Laura Philippe. The two young Ladies had to do a Tie Break, which was won by Laura.

The day had begun with the 10k, though. In Germany, the people were just going to bed after a warm summer Tuesday evening, when we already left our hotel again. Here, it was Wednesday morning at 6.15 am and already 30 Degrees Celsius. Over 40° were to be expected for the noon. The 10 km on the street were the first competition of the day.

Konstantin had to be at the Registration at 6.45 am. He started in the fastest Unlimited-group, across all Age Groups, three quarters of an hour later. 25 there were, he reached the finish line 8th of this group. We will have to see what his time will be worth, especially in his Age Group.

The group of the fastest female Unlimited-riders started 30 minutes later. Henriette returned 3rd, before her two considerable and older riders, though. If we are right, she should have won the Age Group U15 by a wide margin. Michael was a rider of group three. He, too, was fast, though we can’t make any prediction about his rank yet. His Age Group was scattered about many groups, retaining any overview on the ranking is impossible then.

Belinda started Standard, therefore with the 24-inch-Unicycle. Her turn was at 11am in wave 11 and at already high temperatures. With her, too, no Result can be predicted yet, because of the scattering about many groups.

Konstantin went to the Freestyle gym after that, to offer a live stream of the Individual Freestyle performances. As the jumps finals were held t the same time, we others couldn’t watch these performances in the gym.

There are three 1st places in U19 at High Jump on Platform. Henriette is on one of them. On the 3rd of August there will be a Tie Break and after that the finals. But unfortunately, this Friday is so crowded with competitions, that she can’t be sure whether she will be able to compete in it. The same problem exists at Speed Trials, the finals of that are to be held on the “Super-Friday”, too.