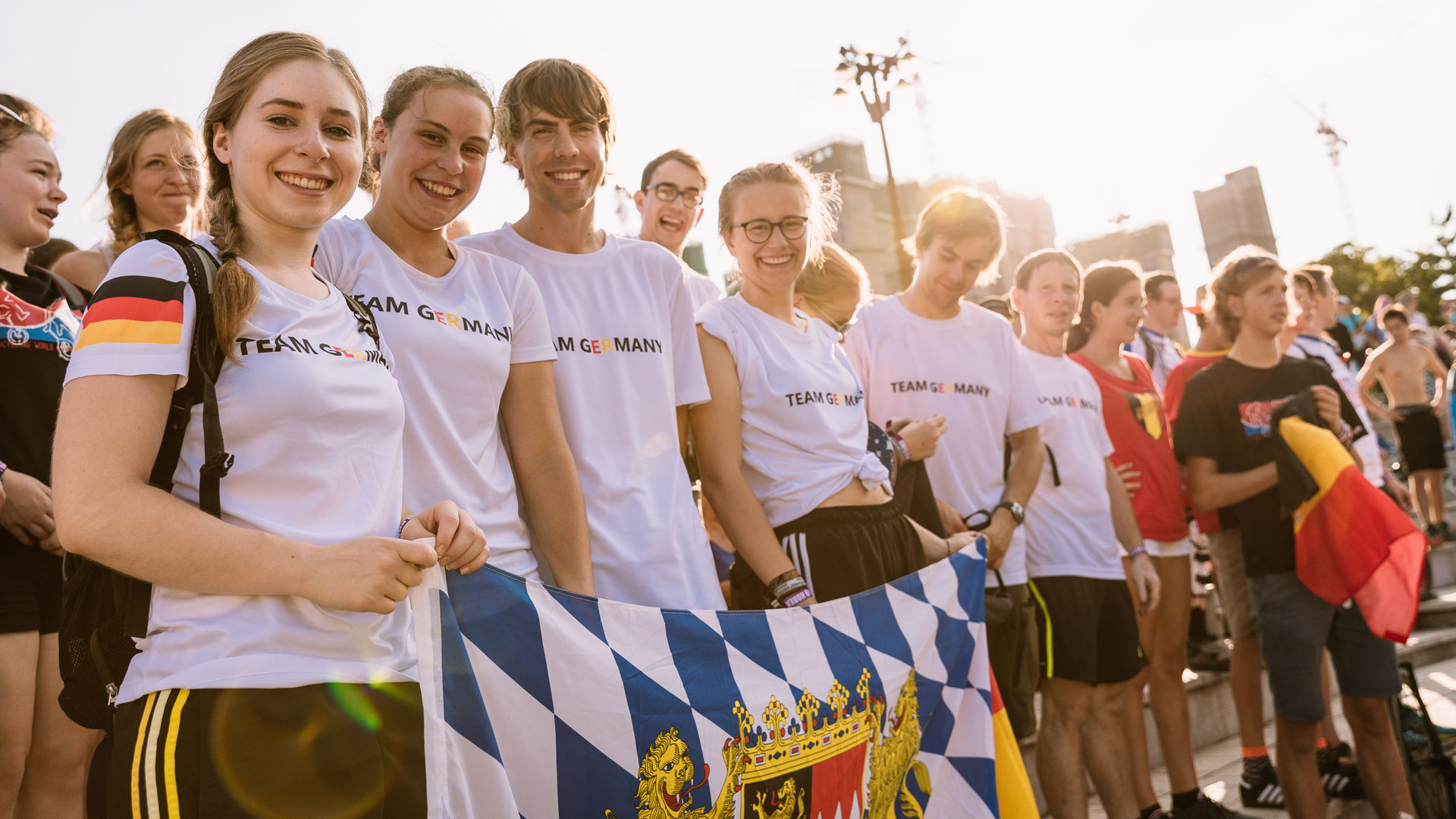 Apparently, the Japanese delegation did find good accommodation after all. They even were at breakfast before us, collectively, 239 competitors, presumably all are in the same hotel as we are. Impressive presence! They manned their info-place with two people again. Someone is always there to solve a problem or get some information. A good thing for the athletes.

In the morning, there was the possibility to train on the track beside the Wa~ Stadium and for Freestyle training in the Wa Dong Gym. There, the Japanese athletes were high in number, too. On the track, additionally some Koreans, Danish and Germans. Jette, Belinda and Michael rode some One Foot- and Wheelwalk-meters, the girls additionally trained Coasting a little. Meanwhile, Konstantin rode around Ansan with the geared Unicycle, and collected many a kilometer.

The Wa Dong Gym was busy with unicyclistst, a lively chaos of freestylers on the performance-stage. Many a Japanese Small- and Large-Group trained parts of their performances in there, at the high speed of competitions and always without clear sight of the space around themselves. For that you have to have some confidence an sharp reflexes.

In the afternoon, there was the Parade of the competitors through Ansan. Beginning at the social area, the Wa~ Stadium was circled once and then the riders headed for the Hangwang-Park. In the amphi-theater there, the unicyclists experienced a performance by combat sport groups and dancers. The compulsory speeches of the city officials weren’t, at any rate, held too short, either. Amongst others, we were told that right now is the hottest summer in a decade. After the Korean national anthem, the organizers were introduced and the UNICON 19 was officially declared opened. Tomorrow, the competitions will begin. It’s good to be excited!